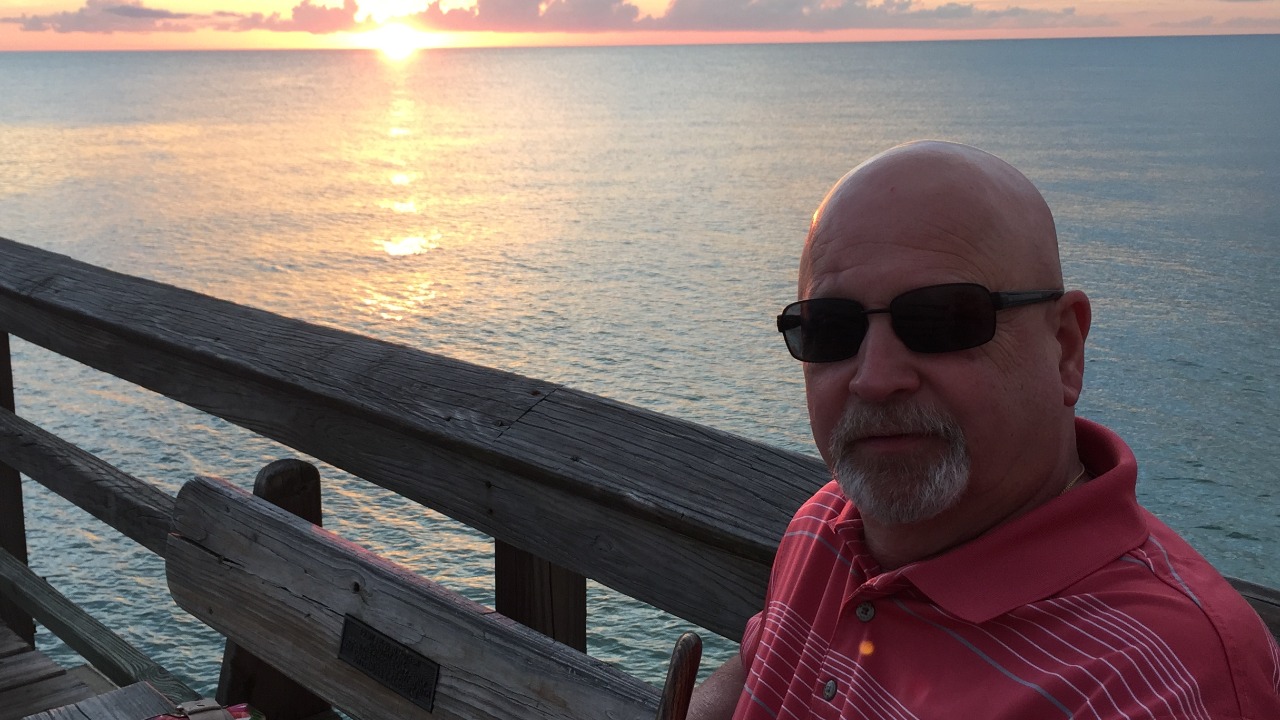 Police Officer, Coach, Educator, Father, Friend- These are just a few descriptors of our father, Bob Buesser.  Bob joined the Hillsdale Police Department in 1972.  During his time as a police officer he co-founded the Hillsdale Hawks Youth Football Program and also served as an assistant football coach and winter track coach at Pascack Valley High School.  In 1989, Bob was diagnosed with Leukemia.  Our family relocated to Seattle, Washington so our Father could be treated at one of the top cancer treatment facilities in the country at the  time.  Our Father would receive multiple bone marrow transplants which sent his cancer into remission.  Bob returned to Hillsdale continuing his career in law enforcement.  He retired from the Hillsdale Police Department after 25 years of service in 1997 at the rank of Patrol Sergeant. He immediately transitioned into the role of Attendance Officer at Pascack Valley High School where he continued to coach football, winter track, and baseball as well.  In 1999, Bob was diagnosed with Leukemia a second time.  He again battled, never missing a day of work or coaching, and ultimately his cancer went into remission once again.

In 2014 Bob was diagnosed  with Inclusion Body Myositis.  Inclusion Body Myositis (IBM) is an inflammatory disease of the muscles that causes weakness.  It’s a rare disease, impacting fewer than 200,000 people in the US per year.  The most common symptoms of IBM include progressive weakness of the legs, arms, fingers, and wrists.  Bob’s doctors believe that it is possible that his medical/treatment history may be a cause of his current diagnosis due to his already weakened immune system.

Since his diagnosis, he has participated diligently in physical therapy to delay the impacts of the disease as well as researched and trialed different experimental treatments.  Through his diagnosis, he continued to work at the high school, coach and support local sports and athletes, and he even worked for numerous years as the director of the Hillsdale Day Camp until his diagnosis eventually forced him to retire against his wishes.

Despite his efforts, the disease has progressed and Bob’s strength continues to deteriorate.  Currently, his only mode of mobility is through the use of a battery powered wheelchair.  The chair has a function that can help to raise Bob’s body so he can stand, however his condition has worsened to the point that he no longer possesses the strength to stand from the raised position without other forms of assistance.  The irony of this situation is that Bob spent his life being active.  He was a supportive and encouraging force both as a police officer and on the athletic field as a coach.  He is now so weak from his condition that he has never independently held his own grandson.

Currently, Bob’s day to day activity is limited.  When he is not in his mobile chair, he spends the remainder of his day in a power lift recliner where he also sleeps since he can no longer access the second floor of his home.  The purpose of this fundraising event is to raise funds to assist in purchasing a handicap accessible vehicle.  This vehicle could drastically improve Bob’s quality of life as well as allow him and his wife the freedom to leave the house without assistance.

For nearly 50 years Bob has dedicated himself to helping his community.  He has impacted countless lives.  My brother followed in his footsteps and became a police officer.  I also followed in his footsteps and became an educator and coach.  It is rare for me or my brother to go somewhere and not run into someone who has been positively impacted by our father.  We are asking that you please take this opportunity to help Bob in this time of need.  From the bottom of our hearts, thank you!

How can I ever thank you for all of your support, generosity, and kind words. To say that Dottie and I were shocked is an understatement. Our new vehicle is a complete game changer for us. I was marooned in my own house, not being able to go anywhere unless the boys were around to help me in and out of the car. With our new vehicle, made possible by so many special people, I ride my chair up a ramp and into the car. Dottie secures the chair to the floor, and off we go. A new sense of freedom. Dottie and I thank all of you from the bottom of our hearts.

All our family can say is wow and thank you so much. The generosity and support from so many amazing people has more than exceeded what we were hoping to accomplish with this fundraiser. You all have a special place in the hearts of the Buesser Family. When my brother and I first began planning this fundraiser with the assistance of family friends; we planned to host an event to promote exercise and physical fitness. This is something that our Father is very passionate about, so that is exactly what we are going to do.

CrossFit Escalate (234 Industrial Parkway #4, Northvale, NJ, 07647) took the initiative without us even asking for their assistance and began planning a fundraising workout. We are so grateful. They will be hosting this workout on Sunday, August 8th at 10 A.M. The gym is asking for a $25 donation for anyone looking to participate. If you would like to attend this event, please reach out to CrossFit Escalate via Facebook or Instagram.

For those that are unable to attend, we would like you to just get out an exercise! Whether that be walking, running, biking, or working out on your own, get out and promote physical fitness in some manner. Take care of your bodies and take care of yourself! Thank you again for all your continuous support, our family truly cannot thank you enough!

To say that Matt and I are floored by everyone's generosity would be a tremendous understatement.  When we saw how quickly this was taking off, we decided last night to let the cat out of the bag and inform our parents of the campaign.  As Bob and Dot scrolled through and saw how supportive everyone has been and read the amazing comments so many of you have left, they couldn't hold back their tears.  Thank you all so much!  Let's keep this going!

Whatever we can do for one of the greatest people to walk this earth. You continue to give more and more each day just by being here. Thank you for being so strong, for serving your community, for the football coaching, for the life advice and so much more. You are an inspiration to all!

Best to you and your family. The Folkers Family

Love the Davey Family and Staff