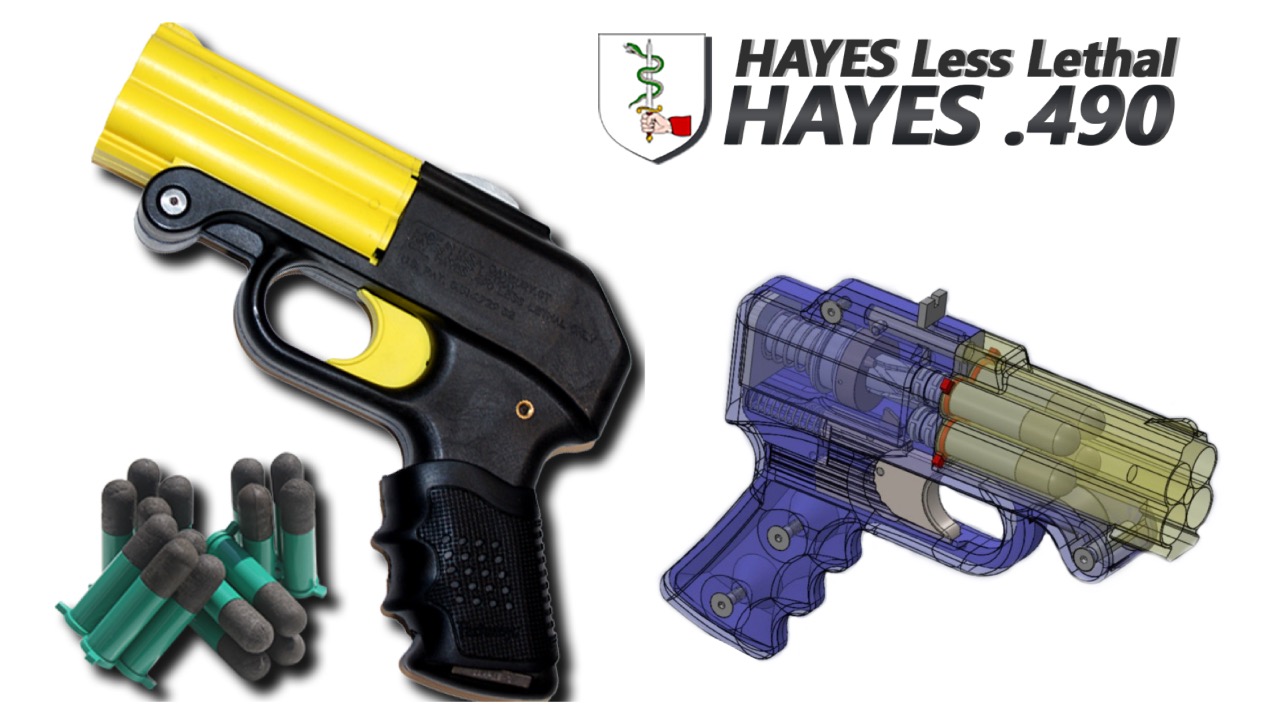 Hayes Less Lethal is a company founded by a retired New York police detective. The product is a handheld Less Lethal weapon that fires a proprietary synthetic rubber projectile. The difference for law enforcement is the use of a handgun to fire a less-lethal projectile rather than a shotgun (long gun). The difference for any shooter is that the Hayes .490 caliber less lethal firearm has four rifled barrels. The rifling of the barrel provides for greater accuracy of the projectile by imparting the necessary gyroscopic spin to stabilize the flight of the less-lethal projectile to the target. Shotguns are generally "smooth bore" weapons. This means the barrel is not rifled and any projectile fired from a smoothbore gun does not impart a gyroscopic spin.

The Hayes .490 Less Lethal weapon gives the shooter a safe 35 to 40 foot "standoff distance from the target. Other less-lethal products, such as electric stun devices have a very short 15-foot maximum effective range (or standoff distance).

The weight of the Hayes .490 caliber projectile is 9 grams and moves at about 425 feet per second down range imparting a whopping 75 joules of kinetic energy to the target.

The idea for this less-lethal weapon project began the year I retired. That was two years after I was involved in a bank robbery arrest, high-speed chase, and a resulting gunfight with the suspects. Utilized correctly, Less Lethal weapons save lives! The National Institute of Justice sponsored a study, and in October 2004 the findings of the study were published regarding impact munitions used for less lethal. The study concluded that "Impact munitions can help law enforcement officers effectively resolve potentially violent encounters in which deadly force might otherwise be used."

The weapon is classified as a firearm by the US Bureau of Alcohol Tobacco and Firearms. The gun may be purchased by anyone eligible to purchase a firearm. The manufacturers suggested retail price of the weapon: $650, with laser site included.

See the weapon and ammunition www.hayeslesslethal.com