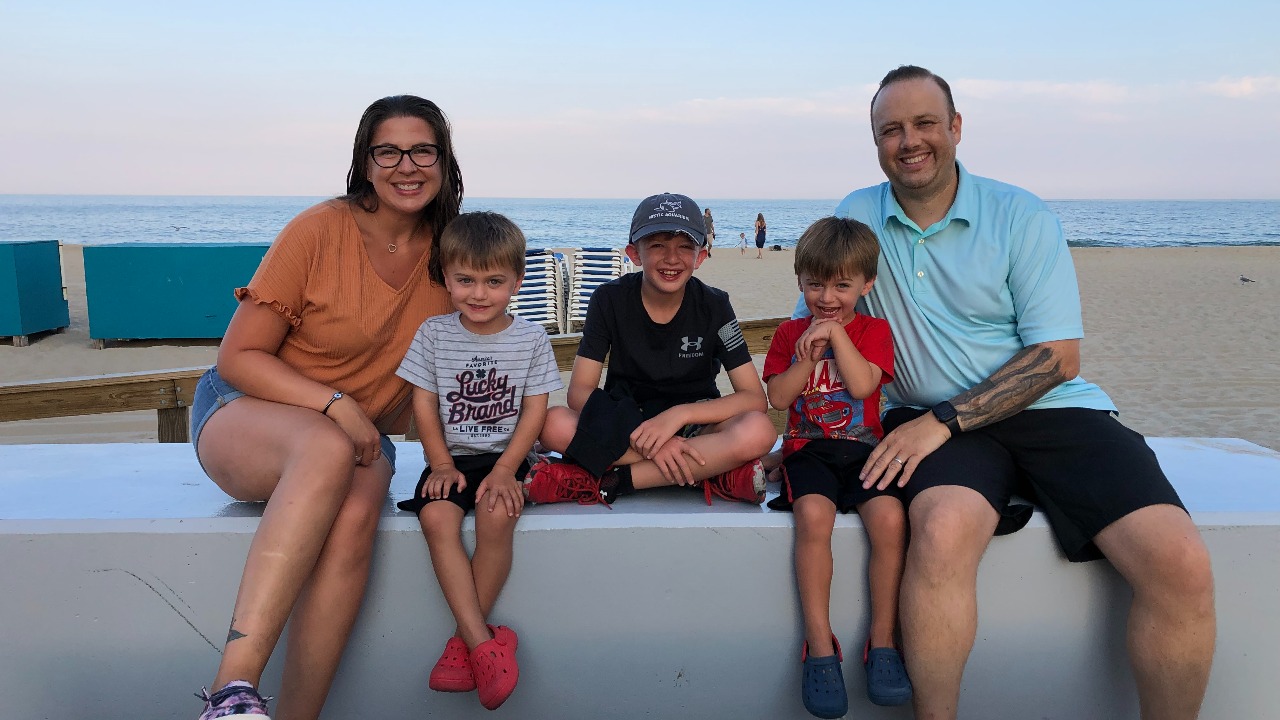 Two weeks ago, Jason's world was turned upside down.  He went to his GI doctor for stomach pain.  Unable to perform an endoscopy because he was severely anemic, the doctor sent him to the hospital.  Numerous tests were run at the hospital and then came the crushing blow, a large mass was found in his intestines.  Jason has since been diagnosed with Large B Cell lymphoma, an aggressive form of cancer.  Jason spent Thanksgiving in the hospital and hopes to be discharged soon.  He has already started his first of many chemotherapy treatments, which will continue for at least 6 months.

For those who don't know Jason, he has dedicated the last 19+ years to law enforcement, starting with in the NYPD in 2003 then joining the NCPD in 2005.  I say dedicated because his work ethic is unparalleled.  Jason puts in 110% to everything he does.  He has always proven himself by exceeding expectations in every position he has held, including the prestigious (and extremely demanding) spot he holds today in NCPDs Major Case Bureau.  He is the best cop I have ever worked with and is more of a brother than a partner.

As dedicated as Jason is to his career, he is even more devoted to his family.  His amazing wife Jenn and their sons Jack (11), James and Jonathan (twin 4 year olds) are his world.  From running daddy day care on his days off to rushing home from work to coach all of Jack's sports teams, Jason does it all.

Jason has a long road ahead and needs all the support we can offer.  While he is in treatment, Jenn will be caring for him and will be unable to work.  This fight will be stressful enough for the Vinberg family, there is no reason for them to worry about money for medical bills.

I hope everyone had a happy and healthy new year.  Once again, I want to thank you all for your generosity.  Your support for Jason has been overwhelming and is a true testament to the amazing person he is.  Jason is midway through his chemotherapy treatments and things are progressing well.  Thankfully he is now receiving outpatient treatment through Sloan Kettering and is able to rest and relax in the comfort of his own home.

Thank you to all who have donated thus far.  Once again, your support is overwhelming and appreciated more than words can express.  We have surpassed our fourth goal of $100,000 and have increased the goal to $150,000 to continue to support Jason and his family.  Please continue to share this fundraiser with your networks.

Thank you to all who have donated thus far.  Your support is overwhelming and appreciated more than words can express.  We have surpassed our third goal of $75,000 and have increased the goal to $100,000 to continue to support Jason and his family.  Please continue to share this fundraiser with your networks.

Thank you to all who have donated thus far.  We have surpassed our first goal of $25,000 and second goal of $50,000 and have increased the goal to $75,000 to continue to support Jason and his family.  Please continue to share this fundraiser with your networks.

Jay, we are with you all the way. You’ll get through this. We love you and we are here for you no matter what you need. Love the Grillo Family.

Jason, I’m praying for you and your family. Gods bless Andree

We love you Jay , wishing you a speedy recovery❌⭕️❤️❤️❤️❤️❤️

Prayers for strength and healing this Christmas.