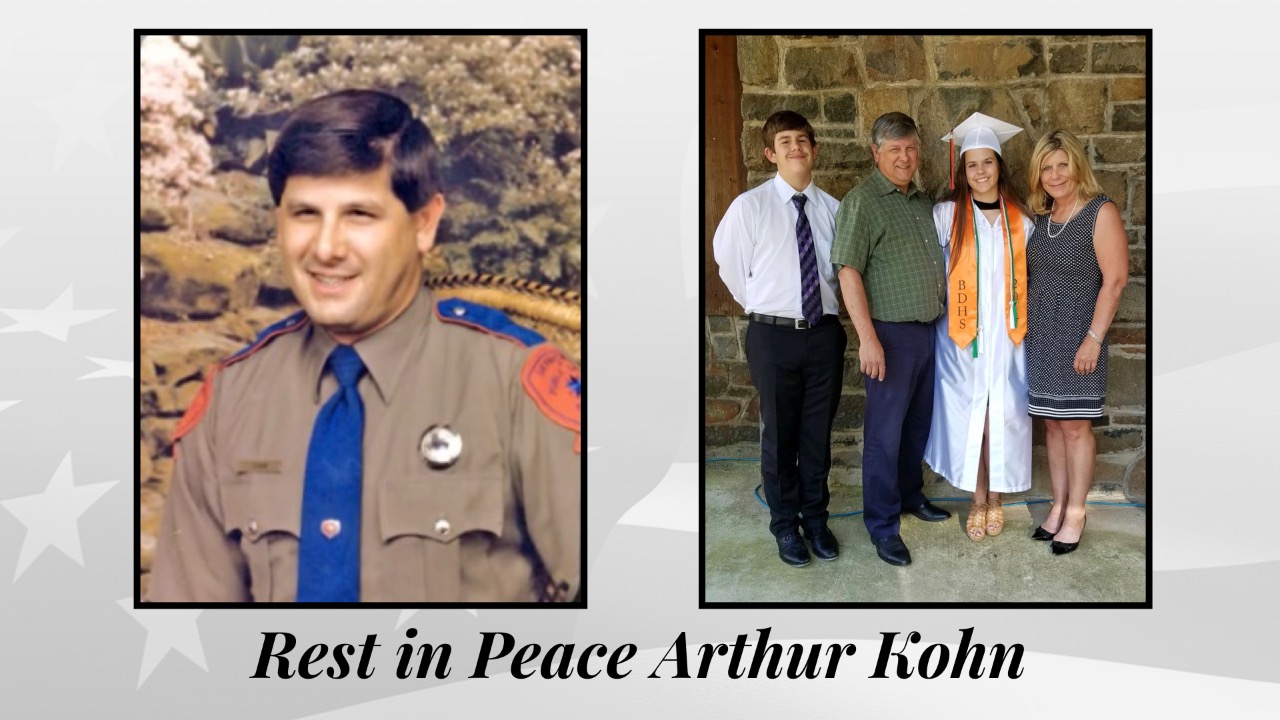 Many friends and family have asked what they could do to help since Arthur's passing was so unexpected.   As a police officer, Arthur believed in education so we have created this educational fund for his children.  Shelby is 21 and Trae is 17 years of age.  Thank you all for helping.

The oldest of 3, Arthur was born to Leona and Arthur Kohn Sr. in Galveston Texas on June 24, 1956. His watch ended July 8, 2020 at his home in Nokesville, Virginia at age 64. Shortly after he was born, the family moved to the mainland where Arthur Jr., Tim, and Mark were raised by their loving parents in Santa Fe, Texas. Arthur grew up fishing and crabbing in the Gulf of Mexico and hunting in Oklahoma with his grandfather and Uncle Johnny. Upon graduation from Santa Fe High School, he moved to College Station to attend Texas A & M where he majored in business. After graduating with his bachelor’s degree, he pursued his true calling and began his service to the public. Arthur began his career as a State Trooper for the Texas Department of Public Safety in May 1979. He was promoted to Sargant, joined the Narcotics Division, and continued to protect the public as an undercover narcotics officer where he was involved in numerous large and successful prosecutions. While employed for Texas DPS he met the love of his life Mara. He served Texas until 1995.

Arthur and Mara were married on July 17, 1993. Shortly after they were married, they moved to Pierre, South Dakota. While living in South Dakota, Arthur continued to be an avid outdoorsmen, horseman, and public servant. In 1999, he and Mara had their first child, Shelby. Shortly after the birth of their daughter, Arthur retired from the South Dakota Division of Criminal Investigation after many years of dedicated service and many projects including implementing the statewide 911 system. In 2000, Arthur, Mara, and Shelby moved to Hermosa, South Dakota and Arthur became employed with Riddles Jewelry as the head of their security department. Hermosa is where he and Mara built their dream horse ranch in the beautiful Black Hills. Arthur built the fences, cleared the trees, and eventually built the horse barn. In 2003, Arthur and Mara had their second child, Arthur Olaf Kohn, III “Trae”. The family resided on the ranch until August 2010 when they moved to Virginia. In May 2012, the family settled in Nokesville where Arthur again fixed fences, built the arena, and lovingly maintained their horse farm for his family to be able to pursue their shared love of horses.
Arthur loved his family, his animals, hunting, fishing, gardening, cooking, and hosting friends and family. He shared his love of the outdoors, wood working, and animals with his kids. Arthur displayed values such as respect, hard work, bravery, strength, and determination in everything he did. This was especially shown when working with his horses, dogs, or cats.

Arthur made sure his wife and kids were cared for and loved. He avidly supported his kids in all their activities whether it was as assistant soccer coach, volunteer firearms instructor for 4-H, or as a “Horse show Dad.” He spent many hours traveling the Atlantic coast to support his kids at soccer games, shooting matches, 4-H events, or horse shows.