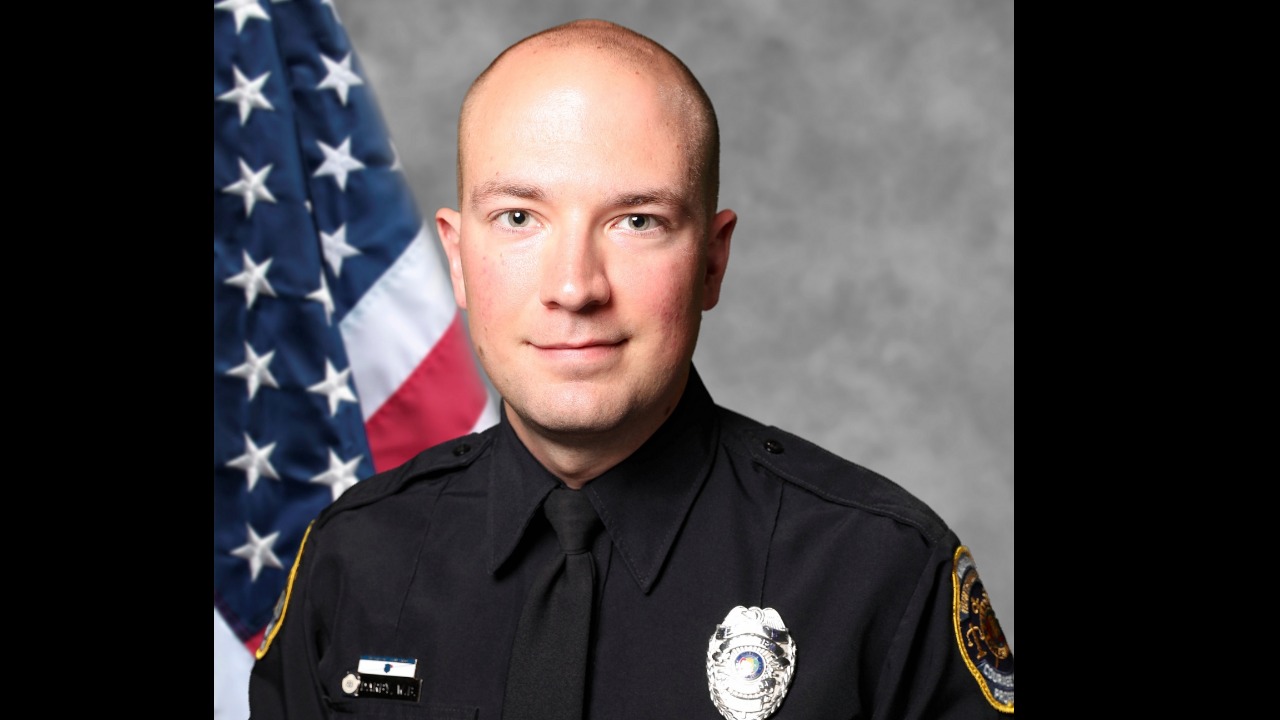 My name is Keelin Darby. I am a police sergeant in the State of Alabama, and the wife of Huntsville Police Officer Ben Darby.

Officer Ben Darby responded to a suicide-by-cop scenario in 2018. After recognizing that his partners were not utilizing sound officer safety tactics by placing themselves in a potentially deadly situation without cover and concealment within a few feet of the armed subject, without their firearms drawn, Officer Darby placed himself in front of his partners and gave multiple warnings to the subject to put his gun down, which he was pointing at his head. After making a furtive movement with his head, shoulders, and firearm and after believing that his life and the lives of his partners were in imminent threat of great bodily harm or death, Officer Darby shot the subject, who was a known white supremacist. It was later discovered that the subject told his neighbor (a witness) that he intended on luring police officers into his home to kill them because he hated cops.

After an Incident Review Board was conducted by the Huntsville Police Department, the department found that Officer Darby’s actions were within policy and justified under the rule of law. The first two officers were sent back to the academy for remedial training and later resigned. Officer Darby returned to work, and within 2 months a secret grand jury was convened by the district attorney. Officer Darby was charged with murder. Officer Darby was given a plea deal consisting of probation and NO CUSTODY time if he accepted an aggravated manslaughter conviction, which he refused. The police chief, city council, and mayor of Huntsville supported Ben Darby and paid the initial legal fees.

During the trial, the judge prevented exculpatory evidence from being heard by the jury, including relevant testimony by the neighbor and others, as well as applicable case law that would have exonerated Officer Ben Darby (Graham v. Conner, Tennessee V. Garner, Montoute v. Carr, Garcynski v. Palm Beach Sheriff's Office). This trial was closed to the public—not open to family, friends, or me, due to Covid restrictions. He was denied qualified immunity and after multiple plea deals consisting of NO prison time, my husband went to trial. During the trial, the DA compared Officer Darby to a regular civilian who barged into a random person’s house, shooting, and killing them. Officer Ben Darby was sentenced to 25 years.

My husband now sits in an Alabama prison along with pedophiles, gang members, and career criminals. The National FOP wrote a brief and legal response to this case, along with Chief McMurray of the Huntsville Police Department. This catastrophic situation has devastated our family and left us in significant financial crisis as legal fees continue to mount while we continue our efforts to appeal his conviction in this ongoing legal battle to free my husband. Any help from our supporters as we share our fundraiser with our networks would be greatly appreciated as this miscarriage of justice continues each day that he spends behind bars.

We had our Oral Arguments hearing on November 10th, and we believe it went well. All of the feedback we have received from those in attendance has been positive.

We want to again say how thankful and grateful we are for the support we have received from everyone and the funds that continue to come in. The financial donations have greatly assisted Keelin pay for legal fees for Ben. We are blown away by the generosity we have received!

We just received news that the Alabama Court of Criminal Appeals has granted oral arguments in Ben's case!Oral arguments allow for attorneys to discuss specific points of an appeal in more depth to the judges panel.Oral arguments are highly sought for in every appeals case, but only have a 2% likelihood of being granted due to the amount of cases that are appealed.
WE BEAT THE 2%!!!The Court specifically wants to discuss Ben's 6th Amendment Constitutional right violation of not having a public trial and the basis of Graham v. Connor and the objective reasonableness standard. If we all remember, the public was not allowed to hear all of the trial because the judge would turn off the video feed without warning or cause throughout the proceedings.The judge also erred by not properly instructing the jury of the USSC case of Graham v. Connor. Specifically, the reasonableness of an [officer’s] actions in using deadly force may be objectively reasonable judged from the perspective of a reasonable officer on the scene, the fact that officers are forced to make split second decisions, [and] in light of the facts and circumstances confronting them at the time.November 10, 2022 cannot get here fast enough! Thank you all for your continued support! This is one step closer in vindicating Ben and restoring his freedom!

I want to thank everyone for continuing to support us as we fight for Ben's freedom. This past weekend marked his first year being held in custody in an Alabama prison. Ben wrote a letter for his supporters that I have included pictures of below.

We are still waiting on the Alabama Court of Criminal Appeals to make a decision on his case. Again, they do not have a timeline or a deadline to make this decision. We continue to pray that today would be that day, or a day in the near future would conclude with a decision to reverse his conviction. Until then, we will continue to fight for Ben's freedom and pray for a decision to be made.

Thank you again for the support and God bless!

Ben and I have been overwhelmed by the outpouring of support that has been shown to us by everyone's comments and through your donations! I have read every comment to him as they come in and every time Ben expresses his thankfulness. I have added a letter that he wrote to everyone to express his thanks.

We are still waiting on the Alabama Appellate Court to look at Ben's case and make a decision. There is no time table as to when they will make a decision or look at his case, but we pray that it is very soon. Thank you again for your kindness that you have shown to us.

My prayers are with Officer Darby and his family. His wife did an amazing job sharing the apparent injustice that has been done to Officer Darby via our court systems. Her intelligence, strength, determination, and faith she exhibited in her interview on the Cleared Hot Podcast, is a testament to a true partnership in marriage. I pray your faith and love for one another will keep you both strong through this battle.

Thank you so much for your generous donation, prayers, and support! It is greatly appreciated!

Thank you for your donation! It is greatly appreciated!

@clearedhot fan just trying to back the blue with more than a sticker. This fight is about more than Ben’s case, it’s about preserving law and order which is the backbone of our nation. Keep fighting!

Reply from Keelin Darby
6 days ago

You are correct in this is more than a fight for Ben. It's a fight for law enforcement nationwide. Thank you for your donation. It is much appreciated!

Praying for Ben and his family. God be with you.

Reply from Keelin Darby
2 days ago

Thank you so much for your prayers with us and your financial donation to help us continue Ben’s fight!

Reply from Keelin Darby
6 days ago

Thank you for your donation. It is much appreciated!

Exactly when did resisting arrest, throwing objects at police, interfering with police work or assaulting officers qualify perpetrators as “victims”? Have definitions of character changed so much or have we willingly abandoned the meaning of right and wrong?

Reply from Keelin Darby
1 week ago

Thank you for your continued support! You pose some very good questions.

Thank you for your donation!

Ultimate travesty of justice. I believe I heard of your plight on the Daniel Horowitz Show, Blaze Radio Network. Anger just seethed through my veins, particularly as I learned of the obtuseness of the judge who presided over the case. She should be removed from the bench and locked up until she is no longer able to serve the community in ANY capacity. Despicable, and bordering on demonic. May God intercede on Ben's behalf to secure his freedom and exonerate him in total.

Thank you for your donation! We are hopeful for a positive decision from the Court.

Thank you for your financial and praying support!

Your support is appreciated!

Praying for a successful Court of Appeal decision. May God give you comfort and strength during this time.

Thank you for praying with us and for your financial assistance.

I am sorry I haven't written, just know you are always in my thoughts and prayers

Thank you for your constant prayers and financial support!

Never giving up 🙏🏼💪🏼 Thanks brother! 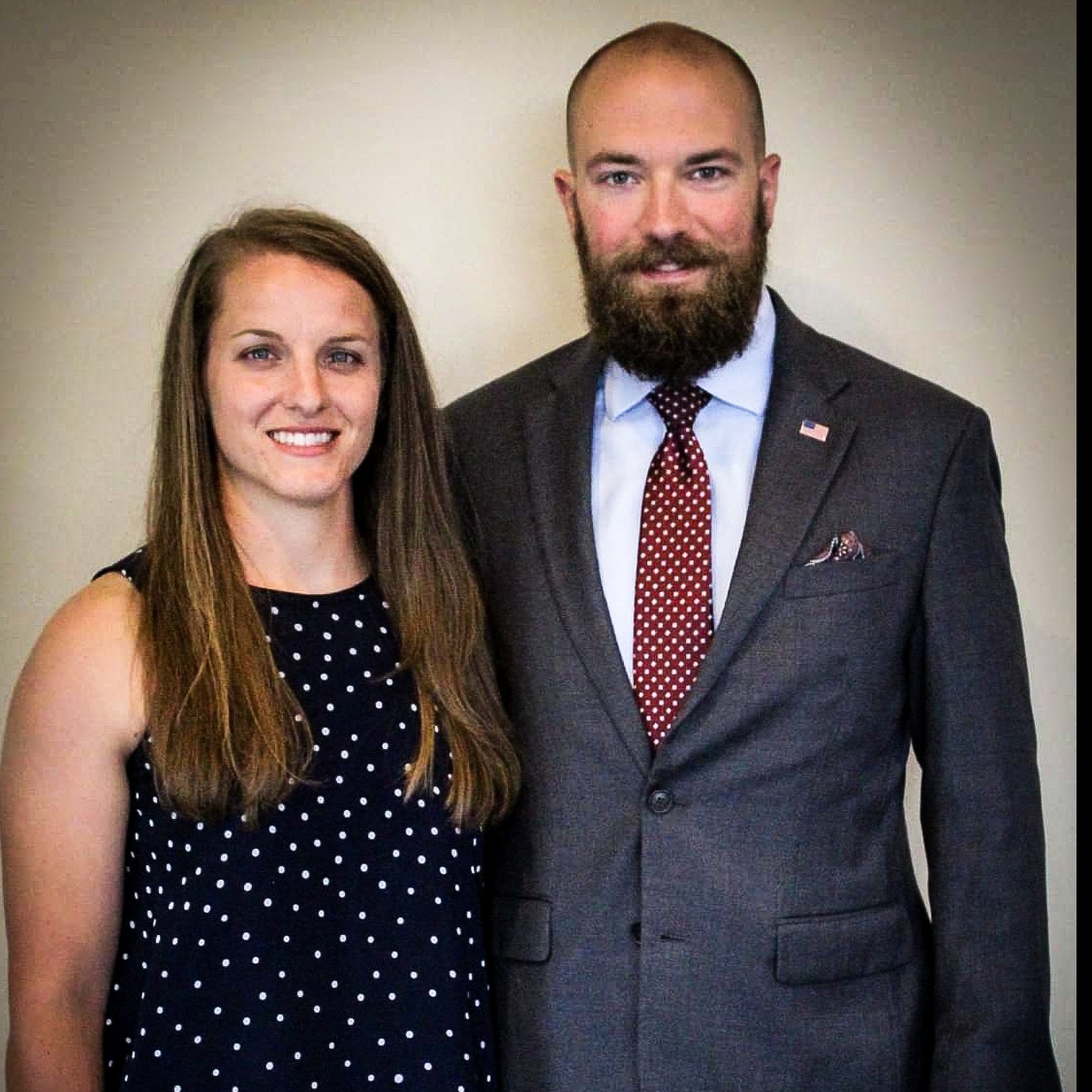